MSF | Creative writing: where do you get your ideas from?
24869
post-template-default,single,single-post,postid-24869,single-format-standard,ajax_fade,page_not_loaded,,select-theme-ver-4.1,wpb-js-composer js-comp-ver-5.2.1,vc_responsive 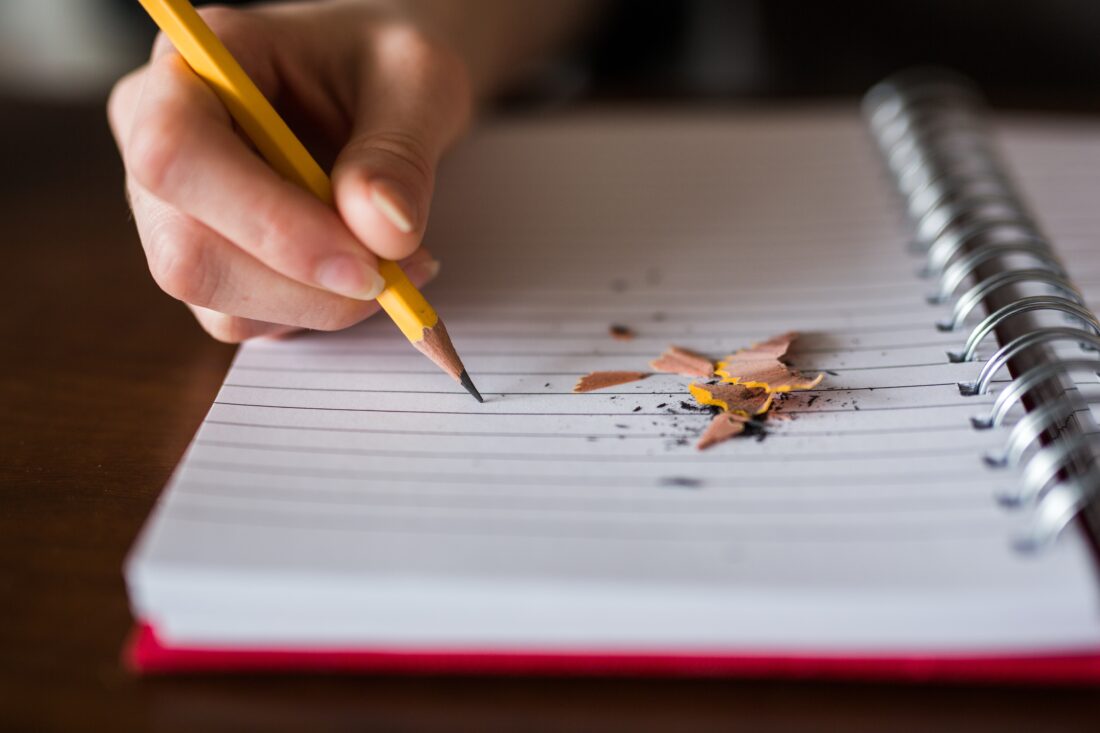 Creative writing: where do you get your ideas from?

It’s time to start putting pen to paper! Entries for the Mid-Somerset Creative Writing classes are due in on 19 January 2022.

Most writers take a notebook and pen with them everywhere they go, to jot down observations and ideas.

What if the ideas don’t arrive, and you’re facing a blank page or screen?

Some apt lines from Poets need not by Liz Lochhead…

the light-bulb goes on and tops

the not-good-enough idea that went before?

No, that’s not how it goes. You write, you score

it out, you write it in again the same

but somehow with a different stress. This is a game

and most of your efforts end up in the bin.

We gathered together some tried and tested ways, recommended by well known writers, to help you find some inspiration.

Ideas run away from a negative and critical voice in your head, judging you even before you start.

Joanne Harris advises, ‘Don’t write what you think you ought to write.’

Very few of Shakespeare’s ideas were original. Writers borrow from each other all the time. It isn’t stealing, it sparks your imagination.

‘The simplest, easiest and most painless way to write is to be stimulated or inspired by another piece of writing.’ Michael Rosen

Dramatic events happen in real life, stranger than fiction. History and the news are rich sources of material, particularly for playwrights.

Machinal by Sophie Treadwell is based on a real, notorious murder in the 1920’s.

Go on a hike

No luck sitting at a desk? Try going out in the fresh air. It’s hard to write a poem about nature without being immersed in it.

Novelist Ian McEwan finds walking helpful.  ‘The rhythm of walking is very amenable to the rhythm of thinking – and that’s a good way of letting ideas begin to take on a bit of life.’

Write what you know

Many books and poems are based on events, relationships, and scenes in the writers’ lives.

Examples of classic novels which depict the authors’ own experiences include…

Under the Greenwood Tree by Thomas Hardy

Little Women by Louisa May Alcott

Oranges Are Not the Only Fruit by Jeanette Winterson

Writer’s block happens, even to the best.

Malorie Blackman suggests this remedy – ‘Play a musical instrument, sing songs, draw, paint…surround yourself with lots of creative activities, and that way it kind of gets your creative juices flowing.’

Once you begin, and keep going, ideas will come along the way (although it might be uphill).

‘Sometimes you just have to write even when the muse is not cooperating.’ J. K. Rowling

On the subject of Where Do You Get Your Ideas? Neil Gaiman writes…