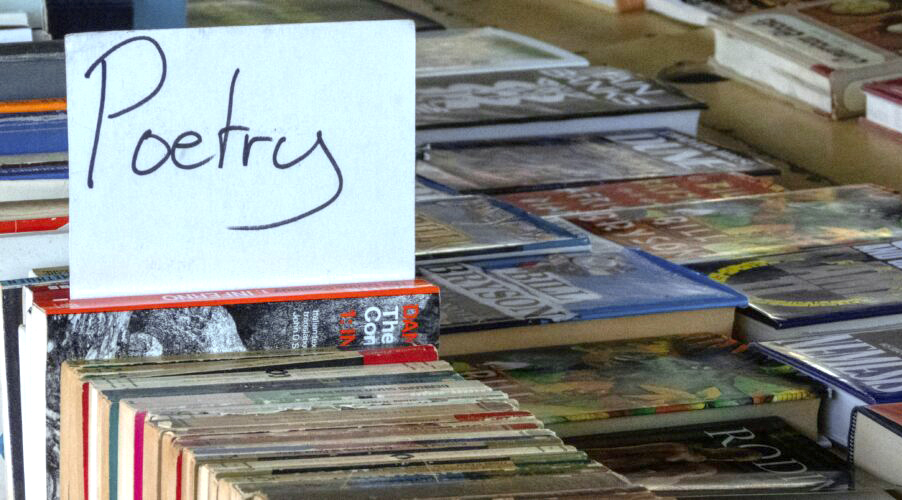 Young performers enjoy exploring poetry through themes in the Junior Open Verse Speaking classes. In the Primary section, individual set poems can be studied collectively, resulting in many creative interpretations of the same lines.

At GCSE and A level standard, the Mid-Somerset Festival challenges participants to look at poetry from a different perspective. Studying the work of a specific poet leads to an understanding of influences and individual style in poetry. In addition, the sonnet class reveals how emotion and form are closely intertwined.

Let’s take a look at this year’s chosen poets.

UA Fanthorpe, and her partner Dr Rosie Bailey, are particularly special to the Mid-Somerset Festival. Both have been Creative Writing adjudicators, and attended the Speech and Drama Concert as guests of honour. UA Fanthorpe was rarely known by her first name, Ursula – just UA.

As a writer local to the area, some poems by UA Fanthorpe depict recognisable places, for example ‘Stanton Drew’.

A former English teacher at Cheltenham Ladies College, UA began work at a neurological hospital in Bristol.  Free from the all-encompassing responsibilities of teaching, and describing herself as a ‘middle-aged dropout’, she became a successful and well respected poet. With Rosie Bailey, UA Fanthorpe regularly performed her poetry in public.

The style of UA Fanthorpe’s work is often humorous, but with a deeper meaning. Education features frequently in her poems, which many young people will identify with, for example ‘Half-Term’ and ‘Half-Past Two’.

Poems by UA Fanthorpe which particularly lend themselves to performance include dramatic monologues taking inspiration from Shakespeare’s plays.

The natural world was the main source of inspiration for Ted Hughes’ poetry, including life underwater. Listen to Hughes read his his poem ‘Pike’ here. He observed animals, birds and fish so closely that his poems are more vivid than anything David Attenborough can show us.

Ted Hughes grew up in Yorkshire, a place that featured in his critically acclaimed early work – ‘The Horses’ appeared in his first collection The Hawk in the Rain.  After a working class upbringing and  grammar school, Hughes rejected the constraints of studying English at Cambridge. He abandoned the course in favour of Archaeology and Anthropology.

Following university, Hughes took a succession of various jobs to support himself and his writing before he became established. Many younger people may first encounter Ted Hughes through his books for children, such as The Iron Man. In 1984 Hughes became Poet Laureate after the death of John Betjeman.

Birthday Letters was published in 1998, a collection of poems commemorating his marriage to the poet Sylvia Plath. This relationship often attracted more media attention than his work. The couple settled in Devon in the 1960’s, where the countryside life influenced both poets’ work.

A recurrent theme in Hughes’ work is the harsh reality of surviving in nature. There is no sentimentality and nothing is contrived; mirroring that, the rhythms of Hughes’ poems create a flowing natural form.

The sonnet set for the 2022 Mid-Somerset Festival is ‘When I have fears’ by John Keats. Verse speakers may select any sonnet to perform. There are plenty to choose from!

Sonnets became popular in England in the 16th century, imported from Italy. Elizabethan sonnets often formed part of a long sequence, charting the progress of a romantic relationship. Shakespeare adapted the sonnet, resulting in two distinct main forms; the Petrarchan sonnet (after the Italian poet Petrarch) and the Shakespearian sonnet.

The fourteen line sonnet evolved through the centuries in subject matter and style. Many well known sonnets were written during the Romantic era, by Keats and others, and all through the 19th century. Elizabeth Barrett Browning revived the tradition of the romantic sonnet sequence in Sonnets from the Portuguese.

Despite free verse becoming the norm in the 20th century, the sonnet form remained popular. Writers recognise the huge scope of the sonnet, beacuse it condenses a train of thought and intensifies the mood and sentiments.

The speaking of sonnets is a valuable skill for actors to acquire – many of these short poems are like a compressed monologue.

Supporting the study of English Literature

The analysis of complex poems is an important element in GCSE and A level English Literature. Learning to speak a poem aloud requires the same close study.